My search ended in a drinking place, wedged
by a window to watch the rain
splitting.

The tale of the first is like a boulder leaning forwards,
about the Old Quarter in the time when it had more purple,
and spirits which still sang a little at night while strings
sloped queens up mountains…
the rest of the tale is beautiful too.

There’s still a way, the second insists:
to the door in the river, they say was
built by pieces fallen from the sky – or perhaps they leapt
for some kind of freedom…
the rest of the tale is brooding too.

As dawn gave way to day’s rhythms, reveals
the third, a man with glass hair
sat and ordered –

She’s cut by rumbling, like a hive of rolling logs:
it’s the grouchy thunder man grumbling
in his cloud rings.

Lashed by sermons of light and gale,
most would surely scuttle, bend low
like tarmac, yet she refuses and she duels
even as he spits against the glass.

Her story does not flinch or clench
but loosens instead: she unfolds
how the hair sparkles and illumes

like two fruits to be nibbled, he’s told,
as the red spreads across his eyes and

only later, when the two men
have writhed and even bitten,
the crimson mist sails and he sees
a tiny hole in the roof.

The trio dissolve into laughter.
When they’ve finished the young man
by the window has gone
and the rain and thunder have stopped
to listen.

Some piece of you broke off – a finger, a tooth.
It clutched my mind’s driftwood grooves.

Monster flailing in the depths, tooth in the sea,
finger floating: this cuckoo bone kicked you out.
Like a false fossil put on display,
it became the main exhibit, your final article.

But you can still be art,
ready-made, bitter and twisted,
something to clutch, a brain’s cave of vistas.

For what is the real you? A half-corpse sunk in the dark.
Your perfect dark is a lost box, allow me this flotsam,
this strike of white. It’s all I have left of you.

Aleksander Carver is an undergraduate at the University of York. He lives in Newcastle-upon-Tyne, and has recently contributed to the Crossed Lines poetry project. He is currently working on his first collection of poems. 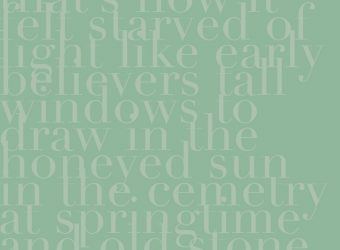 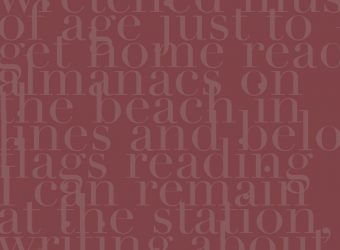 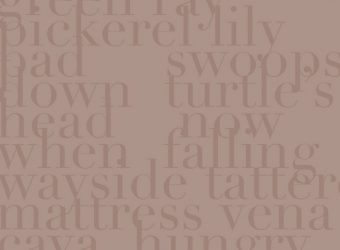