You bring to my studio a block of mahogany
picked up for a song in the market –
large as my palm, heavy as my heart,
it was made to be held without apology.

We squint down at the fretwork of jagged lines
that maze in relief through its shallow scorpings.
Are those flowers, crushed at the four corners?
They seem to grow from fronds which furl
into feathers around an eye.‘Now I see!’
you say, ‘It’s a peacock.’

But I disagree…
does the bird preen itself to perfection: beak arched
and tail trailing, plumes and cockades slanted
to trick a sheen of sunlight into resting there?
Surely it’s a phoenix, plumping its barbed plumage
into a conflagration of wind and sun,
scratching in the scattered dustbath of its own ashes
to shed its last incarnation.

Roll out some ink on the glass, my friend,
roll it thin as capillaries over bone,
press the block down wet on white linen once
and then again, for these motifs cannot be contained.
Each time the image will be ruptured
by the hand’s inconsistency
forming extinct species, undiscovered wonders,
flying forwards, gazing backwards
at what might have been. 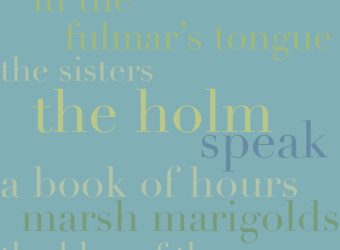 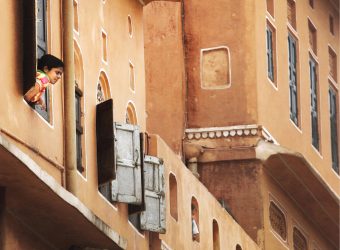 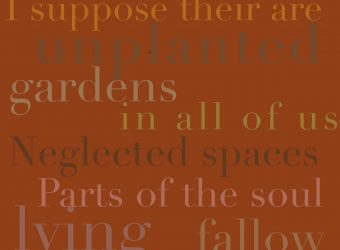