MY FATHER WOULD stop us in the street and ask – How many paces to that lamppost? He’d squint and calculate against an outstretched arm. We three children would hover, I on balletic tiptoe, Rob slicing the air with an invisible cricket bat, and Frankie, thumb in mouth, contemplating the middle distance. How many of whose paces, someone would ask, and then we’d walking-race each other, Rob bordering on running, drawing even with me, Fra dawdling behind, because she wasn’t interested in racing, and Dad stock-still, staring at something just above his thumb.

In his mind distances turned to micro-measurements on a page. In his studio they turned to hatch-marks on the canvas, small red brush strokes marking moments across time and space, quarter-tonal quiet adjustments devoid of all vibrato. He’d look down, dip a brush into a jam jar, wipe it, dip again, landing sure as a wasp on the plotted palette by his side. The proboscis of his paintbrush knew what it was looking for.

Dad was a shrewd man, diligent, careful to a fault, considered. His work was prose, not poetry (‘anyone can get away with that’) but prose pared-back, honed to within a syllable of its prosaic life. His seeing was, like his preferred evening beverage, a distillation. Like Old Spice, or the Bay Rum he fingered through grey strands each morning, his seeing was a solvent. A solution. Turpentine before it hit the brush.

Auden once wrote to him from Iceland recalling a conversation they’d had opposite that ‘dictator’s dream of a staircase’in the waiting room at Euston, and Dad’s characteristic description of the artist as ‘both perceiver and teller, the spy and the gossip’. How they’d gossiped, how they’d spied, both of them, not through-a-glass-darkly, but eye-of-the-camera confident, meticulously assured. Plotting and planning, measuring and marking the stuff of raw experience. Auden distilled life into rhythm – sound and syllables dancing on the circus of the tongue – but my father had a seeing sense. Insight and outsight, sight sensed through the two round lenses of his (old, always old) tortoiseshell spectacles. 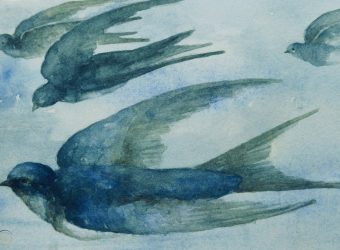 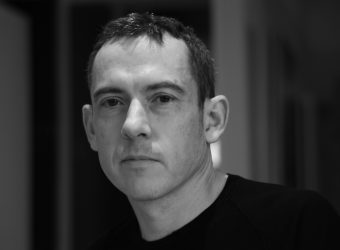 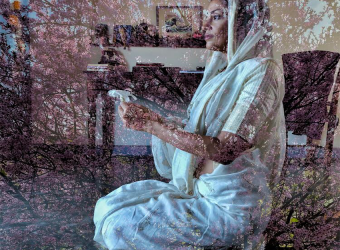