people would smell the incense and start to come and use these adjectives, these adverbs, and stop the language bleeding away into nothing more than grunting nouns, abrupt among blazing lights, carpets, and no candles. There would be numbers and numbers were real and meant strength.

One day, she went to take a curious look, nipping out to the shop ostensibly – that customary mission masking worlds of secret errands – knowing the meet had gathered there that evening. Mr Aske was leaning at his usual place, the priest way distant at the old high altar, and a man sitting at the back, his head swinging round at every sound of the door while his finger flicked at a tally counter. He kept track rigorously, recording attendance in a little book. Back his head swung, again and again, in a great exaggerated tic. She wondered about his tally counter at home, did it ever leave his hand, his wife would be putting his tea on the table, come creak of man or beast at the door and away with the toss of the head till God it

drove you mad and you wish he’d be counting something else, steps, calories, the useless council’s potholes or goals and scores, like normal people.

She watched a while, collecting for her vocabulary list; her ear caught snatches of an ancient language, dead but more familiar to her than the living. It couldn’t go on like this, her playing with beads as people mingled at the back, hailing each other like long-lost cousins from across the county. One woman was telling of a story about the changes, that when they came and were announced in the holy city, a bunch of reformist clerics, vipers in the bosom of their mother, charged to the bridges and tossed down their wide-brimmed hats with glee, sent their beautiful cappelli romani sailing over the Tiber. Dancing on the graves of their ancestors the woman said. Tic tac toe went tally counter man’s head, indignant, tossing everyone to hell in a handcart, reciting the Battle of Lepanto, swollen with

memories called superiority and strength. Mr Aske nodded, looked unhappily determined. It was all too much. She went inside, stepped over tally counter’s coat, and knelt down in the back pew.

Soon after, and the last time she saw Mr Aske, he was on his way to the morning mass neither slower nor faster than usual, and carrying the bag with its suspicious bulge. She decided to follow. Once inside, she positioned herself with a clear path of vision to Mr Aske, and settled down to wait out the thing in its entirety, for the first time. Mr Aske carefully tucked the contents of the bag in front of the kneeler and gently laid a small brass hammer next to his prayer book. According to her study of the language, a bell would ring out at a most sacred moment, time would stand still, the candles would cease to flicker and animals would speak in human tongues. Time marched on and Mr Aske raised the banished hammer to strike it home. He paused, the 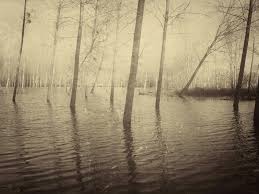